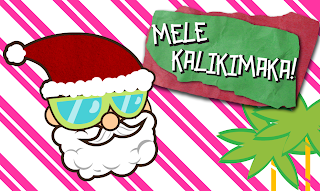 Here's this year's graphic. Have a Merry Christmas to you and yours.

This year, I kept very busy. Busy is the best word I could use to describe everything that's happened. You'll have to excuse me a bit, I may get a little 'deep' and personal in this post.

(*in the sense that I've had moments that made me feel like a kid again, and across different time zones via literal traveling!)

Reflecting on everything, I think I had a pretty decent year. Sure the bad stuff was pretty strong, but I think a lot of the good really outweighed everything but I learned a lot; the difference between crushes and genuinely liking someone, how to take a hint when people are being really flaky, the kind of people I want to surround myself with in the long run, that if you're ever gonna do anything "just for a girl" it's never going to be worth it, and that when all's said and done and no one's around - the character I possess. Maybe time will heal some wounds, maybe not - who know's, time's never ever really been on my side.. and that's fine. Life's too short to be down for too long. The year's not quite done yet, so here's hoping we can add more (good) to the list!